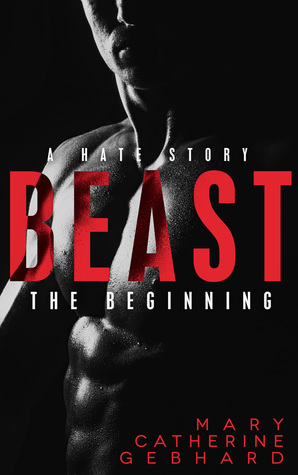 Hmmmm... I have mixed feelings concerning this book. I really liked the premise and the set up. I liked that the Beast was a bastard, and I liked that Frankie had a backbone. The mafia parts seemed well done to me. The writing was good. The story was good. The characters on their own were well fleshed out. This is soo close to being a really good book.

However, the pacing is pretty erratic. It starts out pretty great, then it gets really repetitive, the end goes by in a blur. I guess the author was trying to really show how f*cked up their relationship was, but it fell a little short for me.

The Beast was a bastard to her, but he was the same kind of bastard to her for about 75% of the book. His feelings for her stayed the same and hers for him stayed the same for most of the book until the last 15% or so when suddenly they both simultaneously realized they loved each other. I get it was a hate story, but I got whiplash from how fast we went from hate to love, and how or why did Frankie's feelings change? I mean, the Beast was a total bastard to her almost the whole time, until one day he decides to be nice and act like he actually cares. That was all it took? Really?

This could easily be 4 or 5 stars for me if it was edited a little more - not grammar wise because the writing is good, but story wise. Less repetitive thoughts and scenes that don't really add that much to the overall story. Swap in more scenes that show how it is possible that these two fell in love (I think for the Beast's side, this was pretty well done). Tighten this up, add some more show, and I am easily at a 4 or 5.

Having said that, I am off to purchase the second (Beauty) because I need to see how this ends.

Popular posts from this blog

7 Things People Do on Facebook that Drive Me Crazy

September 23, 2018
Ahhh, Facebook. FB is great for sharing photos, moments, memories, complaints, bad experiences, triumphs, big and small announcements, and everything in between. Lately, however, I've found myself becoming more and more irritated as I scroll through it, and here are my biggest pet peeves.

You have 842 "friends" consisting of everyone you can track down that you went to school with (Elementary, Middle HS and College), your kids' friends parents or anyone you have talked to at your kid's school, their teachers, family, neighbors, work colleagues (past and present), church members, and the crew hat makes your cappuccino at Starbucks.

No one has been left out, and therein lies the problem. Everyone sees everything, and only about 16 of your "friends" care about any given post (psst, that's just 2%). The rest of us have to sift through all the crap you post that is not of interest or relevant to get to somethi…
Post a Comment
Read more

If You Want to Feel More Empowered Stop Doing This

July 05, 2018
Do you feel trapped in a situation? Helpless? Like there is nothing you can do?

Make a decision and own it.

Stop bitching about it. Stop saying you have no choice. Stop using your situation or the people around you as an excuse. Stop saying, "It is what it is" and letting the cards fall where they may.

You know what kind of people don't have decision making power? Victims.  If you want to be a victim, keep saying things like "but what can I do?" after a major bitch session while shrugging your shoulders.

When you pretend like you have no choice, you are abdicating responsibility for your life, and turning it over to someone or something else. That is the opposite of empowerment (and adulthood), and it will slowly erode your self-respect and confidence in yourself.

I'm not saying that people and circumstances don't impact or influence your choices.  If you have children, that will impact your options.  Maybe you can't go live in a yurt …
Post a Comment
Read more